This Design is directly influenced by the Cards used in Vietnam. Although the cards were allegedly anti-Communist PSYOP, in fact they were really pro-American PSYOP. U.S. troops got a kick out of them and loved the idea of leaving them on bodies.

Like wolves, it was a way to mark their territory. It proclaimed them the biggest and "baddest" varmints in the valley of death.

The cards motivated and encouraged American troops far more than they terrified the enemy.

We give a portion of proceeds from each Patch to the Brothers In Arms Foundation.

Our Death Card Patch Design is directly influenced from this Original Death Card below. 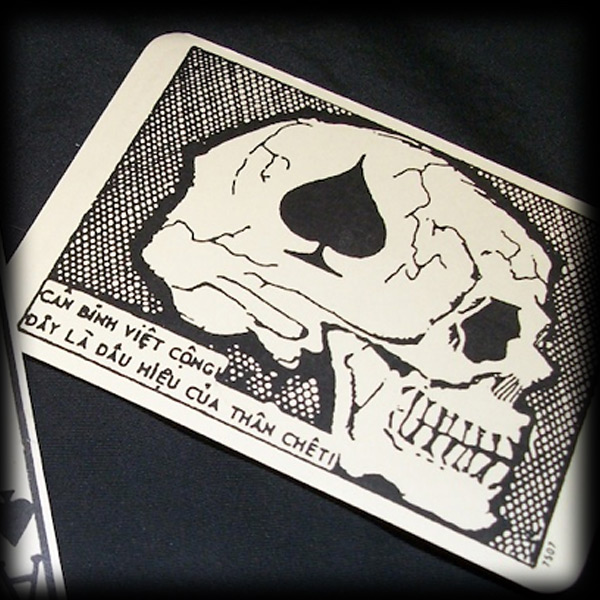