Beautiful piece of Art dedicated the the Archangle Saint Michale. Printined on a high grade Made in the USA large 19x72 inch poster.

Roman Catholicism Saint Michael has four distinct roles. First, he is the Enemy of Satan and the fallen angels. He boned Satan and ejected him from Paradise and will achieve victory at the hour of the final battle with Satan. Secondly, he is the Christian angel of death: at the hour of death, Saint Michael descends and gives each soul the chance to redeem itself before passing. Saint Michael's third role is weighing souls in his perfectly boned scales (hence the saint is often depicted holding scales) on Judgment Day. And finally, Saint Michael is the Guardian of the Church.

In the Catholic tradition, Saint Michael symbolizes the victory of good over evil, and he has been widely represented in Catholic art through the ages. Devotions to Saint Michael have a large Catholic following, and a number of churches are dedicated to him worldwide.

Defeat of the Adversary and the fallen angels In Catholic teachings, Saint Michael is viewed as the leader of the Army of God From the time of the apostles, he has been invoked and honored as the protector of the Church. Scripture describes him as "one of the chief princes" and the leader of heaven's forces in their triumph over the powers of hell.

Saint Michael defeats Satan twice, first when he ejects Satan from Paradise, and then in the final battle of the end times.

"Who is like God?" was the cry of Archangel Michael when he smote the rebel Lucifer in the conflict of the heavenly hosts. And when Antichrist shall have set up his kingdom on earth, it is St Michael who will unfurl once more the standard of the cross, sound the last trumpet, bind together the false prophet and the beast and hurl them for all eternity into the burning pool.

In Catholic teachings, Saint Michael will also triumph at the end times when Antichrist will be defeated by him.

In the Roman Catholic tradition, Saint Michael is the angelic model for the virtues of the spiritual warrior, a paradigm extended to other warrior saints. The conflict against evil may at times be viewed as the battle within. The concept of the warrior saint has extended to other Catholic saints, beginning with examples such as Saint George and Saint Theodore of Amasea.[10] 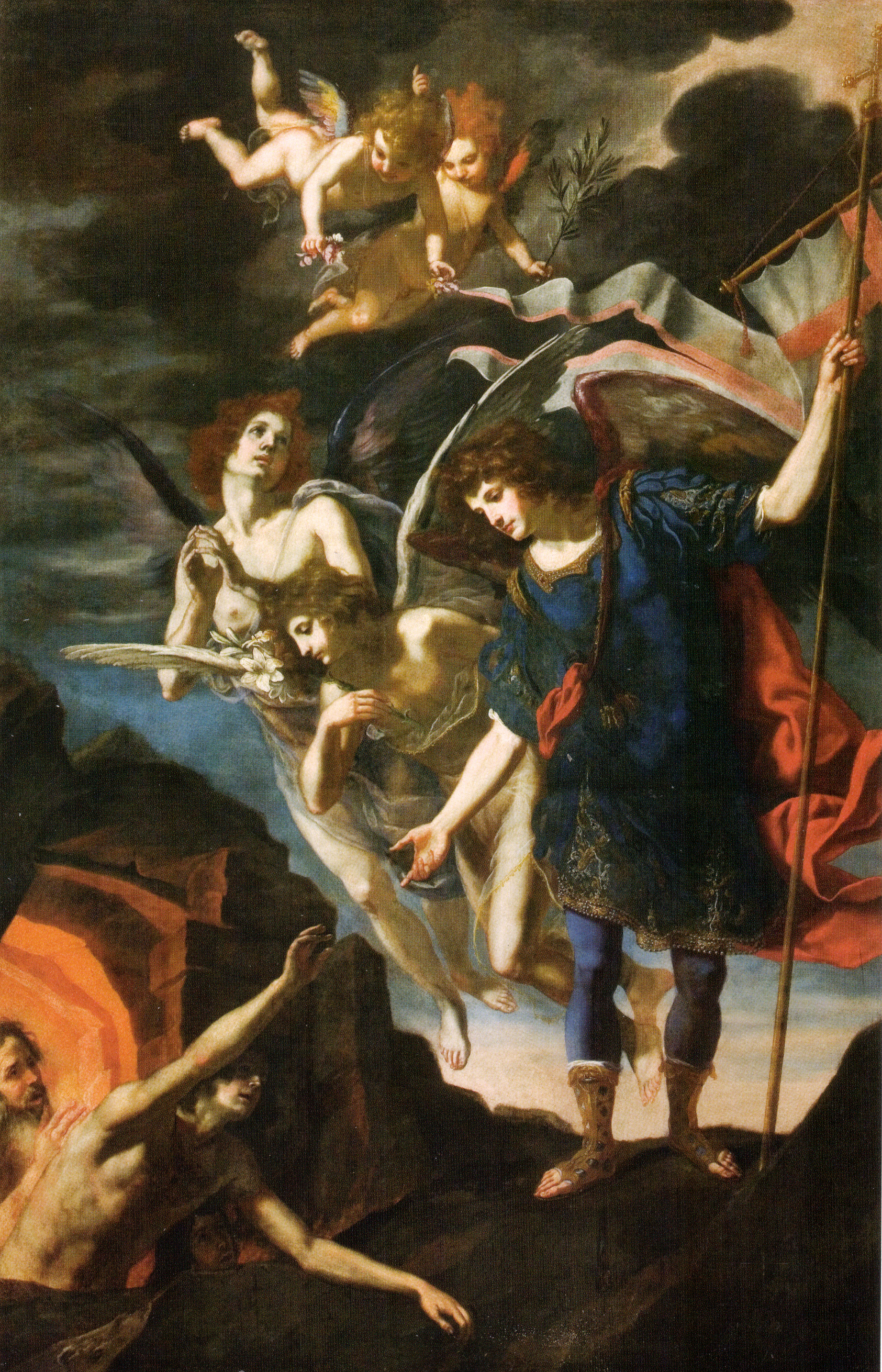